Rowe Sanctuary is known as the best place to see sandhill cranes on their river roosts during their stay in the Platte River valley during March and early April. But did you know that the crane migration is just the beginning of what a person can see along the Platte.

Slightly preceding the arrival of the cranes is the arrival of millions of waterfowl. Unbelievable numbers of snow geese are joined by Canada, greater white-fronted geese, mallards and pintail in late February into early March. In addition to the cranes, March brings the rest of the ducks into the area and prairie chickens start to show up on their leks. April signals the start of the shorebird migration, with May bringing the songbirds. For a list of species that a person has a good chance of seeing during the spring migration, click on the link below.

Birds are great, but some folks like mammals, reptiles & amphibians, insects, or wildflowers. Check out the links below to see lists of species that are likely to be found on or near Rowe Sanctuary.

The Iain Nicolson Audubon Center at Rowe Sanctuary greatly appreciates those who support our conservation and education programs.  Please visit our sponsors who help make this work possible. 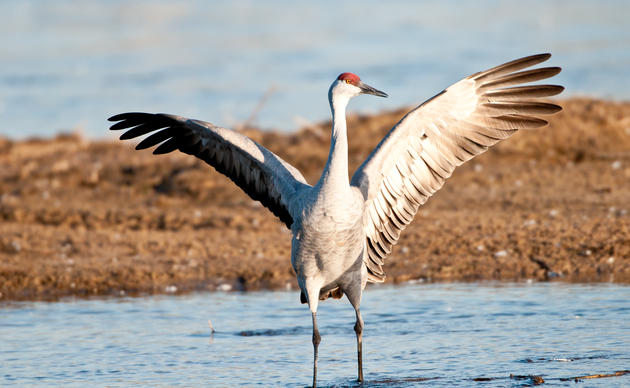